The Morning Star of That Liberty: Controversy and Conflict in the Early American Press, 1735-1800 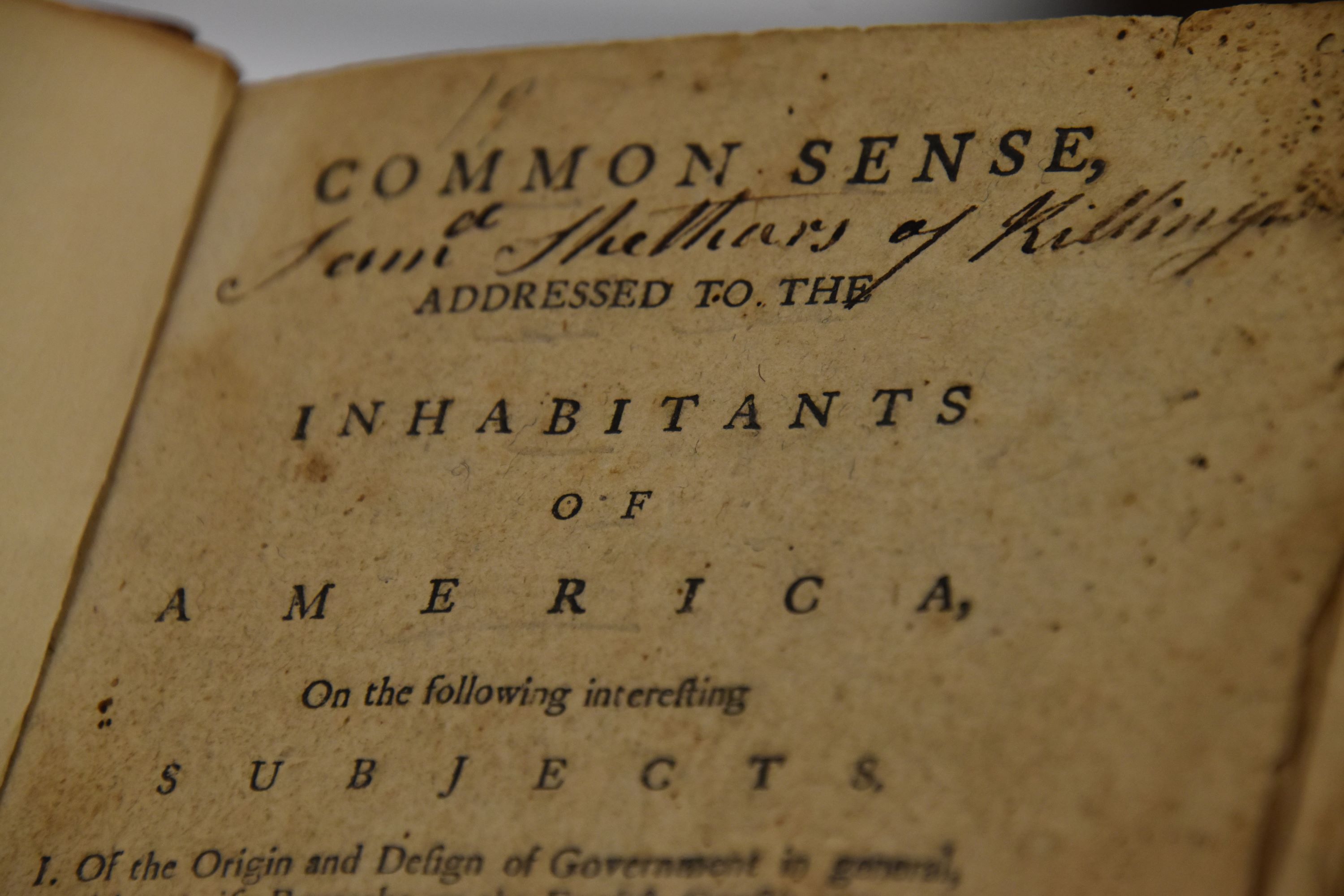 The latest exhibition at the Marvin & Sybil Weiner Spirit of America Collection, “The Morning Star of That Liberty: Controversy and Conflict in the Early American Press, 1735-1800,” offers a glimpse into the world of revolutionary newspapers and freedom of the press in the years before, during, and soon after the American Revolution.

On display from October 11 to December 1, the exhibit is open on Tuesdays, Wednesdays, and Thursdays from 10 a.m. to 2 p.m.

The exhibition follows in the footsteps of Isabel Hidalgo, a graduate student in the History Department at Florida Atlantic University who created an online exhibit with the same name in the fall of 2021 and used rare books from the Weiner collection to conduct her research.

Many remarkable historical documents are on display, including one of Weiner collection’s nine issues of Thomas Paine’s Common Sense from 1776, Areopagitica by John Milton, “The Female Patriot” poem by Hannah Griffiths published in the Pennsylvania Gazette, Samuel Seabury’s well-known pamphlet Free Thoughts on the Proceedings of Continental Congress, and a 1755 map of the Original Thirteen Colonies.

According to Victoria Thur, the Head of Special Collections and exhibition’s curator, materials shedding light on the Crown Vs. John Peter Zenger case, commonly known as the Zinger Trial of 1735, are the centerpiece of the exhibit.

A landmark case in America’s road to the protection of freedom of speech and press, Zinger’s trial did not establish legal precedent, but it did influence the nation’s thoughts on how much the papers could say and whether the government could punish the authors and printers for their opinions.

A half-century after the Zenger trial, as members of the First Congress debated the proposed Bill of Rights, the great-grandson of Lewis Morris (one of the people connected to the original trial), Governor Morris, wrote of the Zenger case: “The trial of Zenger in 1735 was the germ of American freedom, the morning star of that liberty which subsequently revolutionized America.”

Thur said the colonial printers and publishers dealt with similar conflicts and controversies as their modern counterparts. “The exhibit highlights the issues of freedom of press and expression that are still relevant today,” she added.

Marvin Weiner spent a lifetime collecting the books and pamphlets that a colonial gentleman would have owned.  Taking great care to purchase the same editions that were available in 18th-century America, he eventually amassed a collection of more than 13,000 books, pamphlets, government publications, newspapers, and serials, including rare works from as early as the 16th century.