The FAU Libraries are continuing to provide expert assistance to support teaching, learning, and research while our buildings are closed
and we are working remotely. Explore our remote resources and services

The FAU Libraries invite you to celebrate Banned Books Week with us! Each year we take a moment to highlight different books that have been banned at libraries and schools across the United States reasons such as sexual content, explicit language, religion, etc.

The American Library Association's Office for Intellectual Freedom (OIF) compiles lists of challenged books as reported in the media and submitted by librarians and teachers across the country. The Top 11 Challenged Books of 2018 are:

Right now we have a display in the lobby and we encourage you to borrow one of the banned books. At the top of the display there is also shredded book cover*, and you can guess what book it is for a chance to win a prize.

In addition, we are conducting a library-wide scavenger hunt. There are five books hidden throughout the building. Once you find one, take a picture and send it to us either through direct message on Instagram/ Twitter or email FAULibComm@fau.edu! The more books you find, the more of a chance you have to win!

Here are the scavenger hunt clues: 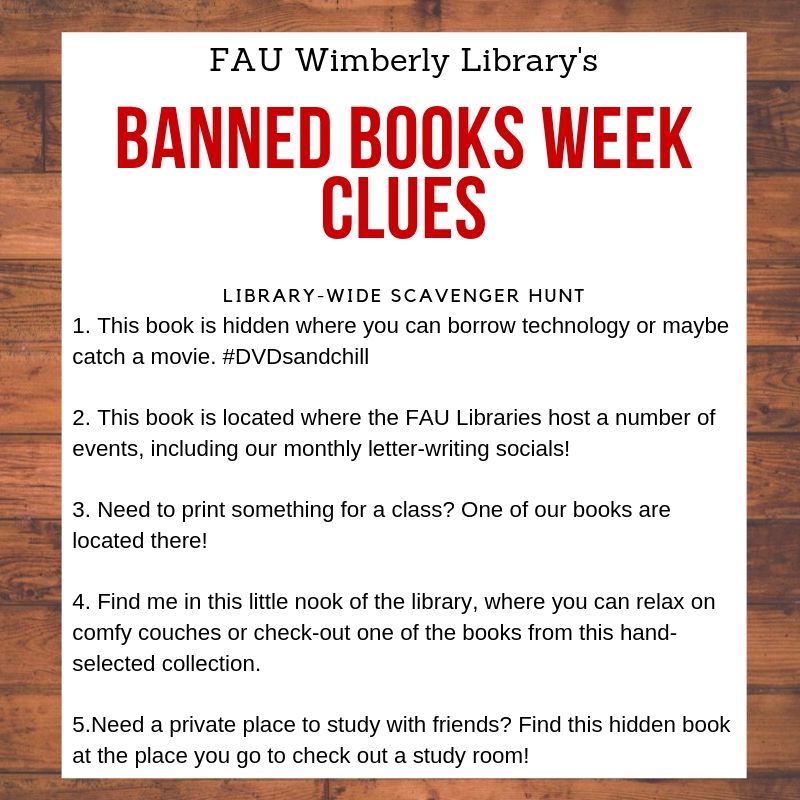 *No books were harmed in the making of this display.